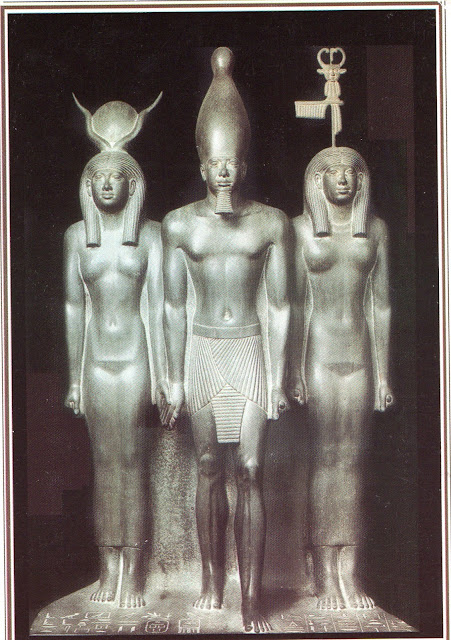 King Mycerinus (Mykerinos, Menakaure) between Goddess Hathor and the Goddess of a Province, Egypt.The statue was found in the valley temple of Mycerinus at Giza.
EG-3905
travel time 45 days
distance travelled 3,693 km
sent by Rouwaida from Cairo

Menkaure was an ancient Egyptian king (pharaoh) of the 4th dynasty during the Old Kingdomis , also well known under his Hellenized name Mykerinos.  Menkaure became famous for his tomb, the Pyramid of Menkaure, at Giza and his beautiful statue triads, showing the king together with his wives Rekhetre and Khamerernebty 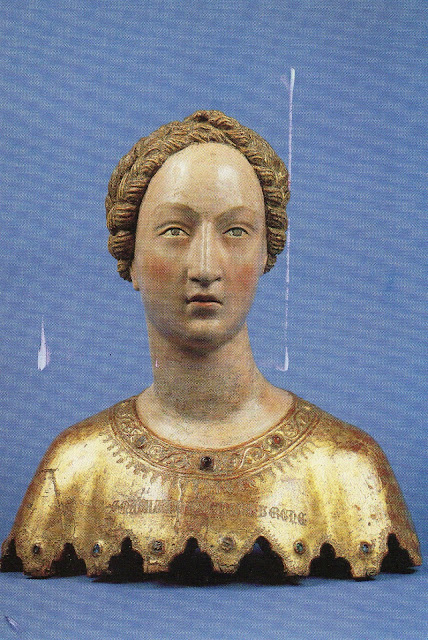 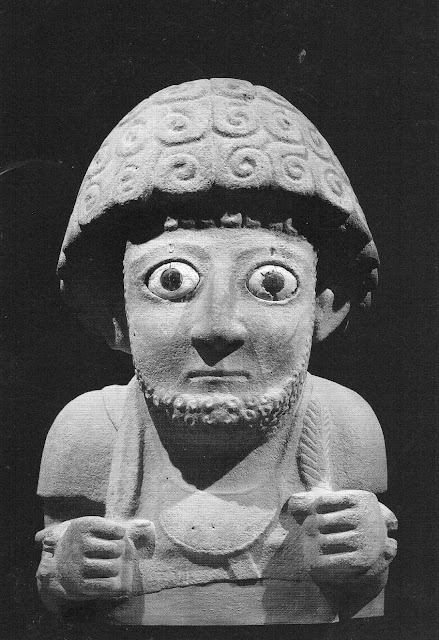 Suppiluliuma II was the last known king of the New Kingdom of the Hittite Empire, ruling c. 1207–1178 BC.  The statue was found in 2011 excavation in Tell Tayinat. Dr. Harrison who is head of the excavation said the statue was probably damaged and buried during an Assyrian invasion of Suppiluliuma’s kingdom in 858 B.C. Tell Tayinat, a large low-lying mound, is located 35 kilometres east of Antakya,  along the Antakya-Aleppo road.
Lähettänyt caijsa klo 7.11